Biological medicine – for treatment of asthma 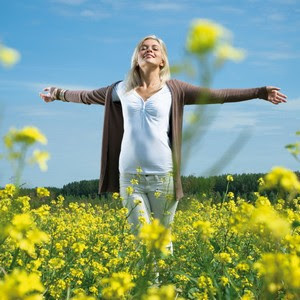 As you know, more and more children suffer from asthma and allergies. In the US, 25% of all children suffer from asthma or chronically recurring bronchial and sinus infections. By now, the respective causes are known – they are related to the intestines and toxic substances based on inappropriate intestinal bacteria. Nevertheless, these patients – among them many adults – are nonsensically treated with antibiotics even though the mucosal swellings are not caused by bacteria but verifiably by mucosa-irritating intestinal toxins! Still, increasingly more – NOT less – children and teenagers are treated with antibiotics even though these medicines increasingly lose in effectiveness.

I have just returned from the Scandinavian Association for Orthomolecular Medicine’s annual meeting, whose only non-Scandinavian honorary member physician I am. Two other participants in this congress were an otorhinolaryngologist on the one hand and the public research institute’s chief biologist, who we call the “Royal Professor“. So, it was scientifically revealed how serious today’s nutritional situation is and how closely it is associated with lifestyle diseases. A clear correlation between the increasing consumption of homogenized dairy products and milk derived from zero-grazing cattle on the one side and increasing numbers of asthma, neurodermatitis and other allergy patients on the other has been verified. Scientists have also proven another interrelation: the one between disorders of the autonomic nervous system and the composition of intestinal bacteria. Nerval and psychic disorders thus originate in the intestines!

Professor Sall showed that there are no longer any Danish dairy cattle free from toxin-producing clostridia. Clostridiosis has become a major agricultural problem – which homogenization and pasteurization do not help against as the toxins produced by the respective bacteria and borne by the milk are lipophilic toxins that irritate the nervous system. These “clostridial toxins” make humans more increasingly prone to suffering from neurological disorders – and children more prone to hyperactivity and ADHD, and the respective cause is a diet that includes cow’s milk products and sugar.

Let me say a word about cow’s milk products that – unfortunately and due to strong marketing campaigns – still enjoy such a positive reputation: from a holistic point of view, homogenization and pasteurization are the source of many health-related issues:

There is a relation between the consumption of homogenized dairy products and asthma. But why is that?

I already wrote about it 10 years ago, in my first book “The Swiss Secret“. However, by now there are even more, scientifically proven factors:

Natural medicine is still derided and discriminated as “alternative” and faraway. But what we practice is BIOLOGICAL MEDICINE – a state-of-the-art form of medicine that identifies and treats causes instead of symptoms. We can deploy most leading testing method to prove the presence of toxic contamination and latent allergies as well as physical deficiencies. Consequently, we are much more advanced than orthodox medicine, which does not apply these tests yet. We, though, make use of them to identify the key causes of chronic disorders as well as those of asthma, allergies and susceptibility to infection!
With best regards, also on behalf of the entire staff