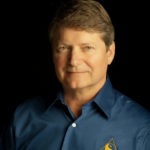 At birth we have many yet to be developed potentials and talents that will shape the outcome of our lives. Will we be successful, healthy and pain free, or will we be limited, unsuccessful, and battling painful conditions for a substantial part of our lives? The answers to these questions are already somewhat predetermined if we do not have some help. One look at the amount of over the counter and prescription pain killers lets us know that a lot of people are not living their lives pain free and are limited by the conditions causing their pain. The good news is help is here!

Renée, a state champion gymnast at the age of 13 has never had a serious injury and is known for her unwavering balance during her gymnastic performances. Charlie, aged 60, who had knee, spinal disc, and shoulder problems from his teens to age 55 is now pain free even when playing golf and doing yard work. Ann, an 86 year old massage therapist who had severe back problems in her late 50’s and 60’s and was told to retire from her massage practice is still practicing massage at 87 and going on kayak and travel adventures around the world. Jan, a 53 year old ironman competitor for the last 30 years, is told to retire due to spinal disc, hip and leg conditions that probably would need surgery, is able to compete three months later in the Hawaiian ironman competition and take an hour and half off her previous best time when she was 35. Jack, a 40 year old with 20 years of neck problems from three whiplashes, feels better and can do more now than he could at the age of 20. What all these clients have in common is they have received Structural Energetic Therapy® treatments that brought into balance the core distortion, a structural imbalance that is present in all people. What is also apparent is that when the core distortion is released bringing the body structure into support and balance there is a dramatic increase in potential in the lives of the recipients. Let us now look at what this core distortion actually is.

A fetus at 16 weeks of age has an observable pelvic rotation with one ilium anterior and one ilium posterior (as seen in the Bodies Exhibit, Tampa, FL and observable x-rays). By the time a baby is born this rotation has affected the curvatures of the spine and the functional lengths of the legs. The exaggerated curvatures of the spine affect the rib cage resulting in a torsion and a slight tippage of the right rib cage down towards the ilium. This in turn affects the shoulders resulting in a medial rotation of one shoulder and external rotation of the other one, which also results in one shoulder being higher and one shoulder being lower. The neck which is part of the spine that sits upon an uneven sacrum that is tipped due to the rotation of the iliums is also distorted coming forward and tipping to one side. This is the classic core distortion that is evident in babies at birth. Even though research is subject to bias and non-standardized evaluation techniques, in essence there is agreement that we are not born in perfect alignment and that the alignment deteriorates throughout life. There are very few exceptions if any to a loss of structural support and loss of height as people age.

If we look at the core distortion from the standpoint of functional kinesiology we not only see a structural distortion, but also a significant loss of muscle strength and function (strain patterns). This can be evaluated with muscle testing. When there is a misalignment of the bones there is a weakening of the functional muscle strength (strain patterns). When testing a client who is in the
core distortion up to 50 percent of their muscles will test in a strain pattern with 50% or less in strength and function. Due to the torsion spiral of the core distortion there is a testable weakness or strain pattern on one side of every major joint. This can lead to premature deterioration of joints from an inability to stabilize under stress resulting in injury, or an imbalanced movement and support pattern resulting in premature deterioration of cartilage and ligaments on the side of weakness and imbalance. This is loss of potential. This loss of muscle strength and function prevents people from achieving maximum success in a sport, or in accidents or sports, or leads to
an earlier retirement from a physical activity such as massage. These strain patterns equal loss of
potential. This is preventable.

When viewing lost potential due to the core distortion let’s look at the earliest phase of our lives. Our ability to manipulate our environment and become mobile as infants has a direct relationship to our ability to develop life skills and IQ. Every infant is operating with a significant loss of function and motor skills in this extremely important developmental stage while in the core distortion. The infants who have been fortunate enough to be brought out of the core distortion at an early age have their whole lives changed just by bringing their musculoskeletal system into balance and function and releasing the strain patterns.

Therapeutic bodywork and massage have long sought to bring the body into weight bearing support and restore the lost potential caused by the core distortion. While they have been somewhat effective in relieving pain and achieving a degree of balance, they have not been able to achieve a long term rehabilitation of the core distortion because the relationship of the distortion in the cranial motion to the rotation of the iliums and weight bearing separation of the sacrum were not being addressed. With the advent of the Cranial/Structural Core Distortion Releases, which release the soft tissue restrictions holding the distortion of the cranial motion, the rotation of the iliums causing the weight bearing separation between the sacrum and iliums can finally be corrected long term. This has been the missing link in treating musculoskeletal problems. The Cranial/Structural Core Distortion Releases provide a structural support for further musculoskeletal rehabilitation of the rest of the body. This is the therapeutic advantage that sets Structural Energetic Therapy® apart from other structural rehabilitative therapies.

95% of musculoskeletal pain and dysfunction result from the lack of support within the core distortion. When treating clients with pain or other significant structural problems, if we can bring the core distortion into weight bearing support and restore the strain patterns in their muscles that were functioning at 50% or less efficiency, then we are well on our way to long term rehabilitation of even severe problems. This has proven to be extremely effective with scoliosis, degenerative disc conditions including bulging and herniations, and cervical spine injuries, even after surgeries have failed. The balancing of joints and restoring strength to stabilize both sides of a joint have rehabilitated many injuries and avoided the necessity of surgeries including joint replacements. Even after injuries and joint degeneration have occurred the restored muscle strength and function that has been absent since birth has unlocked a higher level of performance potential for clients than they had before the injury. In the case of Ann, the 86 year old massage therapist, it also provided strength, balance and longevity to a massage career that had previously been on the verge of ending. Jack, with 20 years of neck problems from three whiplashes now feels better than he has for 20 years. Charlie with knee, disc and shoulder problems is now playing golf and doing yard work pain free. All not only rehabilitated from their condition causing pain but are also doing better than they had for years.

When looking at athletic performance releasing the core distortion using the Structural Energetic Therapy® techniques at an early age restores the muscle function and balance so that these young athletes can excel at their sport and avoid injuries as in the case of Renée, the 13 year old gymnast. An athlete who is treated later in life while trying to achieve maximum performance will still benefit by unlocking a significant amount of muscle strength and function that was previously unavailable. This can be measured in strength tests and performance tests related to their athletic performance. This is most impressive when working with someone like Jan who not only needed rehabilitation from an accumulation of injuries and degeneration due to her training, but who also had such a dramatic improvement in her time in the ironman competition eclipsing her previous best time when she was 35. This was accomplished 18 years later! Another benefit for Jan was that it extended her career even though previously she had been told to retire from her training and that surgery was going to be her answer. Other athletes have been able to rehabilitate form chronic injury patterns and actually come back stronger than before the injury due to the improvement in function and strength after having the core distortion corrected. Athletes who are serious about wanting to perform at their highest level, fully rehabilitate from their injuries long term without limitations, and maximize the length of their career, need to look at having the core distortion released from their structure.

Structural Energetic Therapy® is a unique therapy in that it incorporates and builds from specialized Cranial/Structural work to bring the core distortion into weight bearing balance and function in the initial treatment. It then integrates specialized myofascial deep tissue therapy to further support the structure into balance and release chronic myofascial holding patterns, adhesions and scar tissue. The soft tissue protocols are specifically designed to assist the body in achieving and maintaining maximum structural balance which results in maximum rehabilitation. Maximum rehabilitation results in achieving full potential. For more information contact us.

Join the Marion Institute and expert guest Don McCann on December 7th, 2021 for our monthly BioBites series to learn more about SET and its ability to improve function and vitality.  To register, visit https://bit.ly/dec7biobites