Metals and Heavy Metals: A Risk for Our Health

An interdisciplinary approach of doctors & dentists at the Paracelsus Clinic 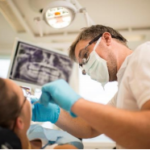 Each biological and therefore human system is susceptible to metals and heavy metals. They occur in various forms and accumulate in the human body. Metals and heavy metals oxidize and corrode, thereby forming metal ions and oxides which are toxic to our biological system, therefore the topic of metal and heavy metal poisoning is not to be underestimated. According to the American Agency for Toxic Substances and Disease Registry (ATSDR), based in Atlanta, USA, most of the metallic elements found in medicine and dentistry are a possible source of direct toxicity / poisoning. This can, in turn, alter neural cells / mitochondria and cell membranes, as well as promote permeability, dysregulations and the increase of the autoimmunity, which disrupts cellular processes¹ as well as promoting unspecific and specific immune responses.² Interestingly, more and more scientists and researchers are finding increased disruption in our neuro vegetative system, which is also known as “electrosensitivity”.³

The special metal mercury, which has a wide range of applications, can be found in products like vaccines, industrial additives, tattoos, seafood and amalgam fillings! Besides mercury, amalgam fillings mainly contain silver, tin and copper, all of which independently of each other can have a direct effect on our health, and in addition their adverse effects can be enhanced by mercury.

Elemental and organic methyl / ethylmercury can pass undisturbed through the blood-brain barrier and the placenta while inorganic mercury can cause kidney toxicity. A unique property of amalgam fillings is the formation of super toxins / super bugs by combining mercury with oral anaerobic pathogenic microorganisms, which occur, for example, in dead teeth or root canal treated teeth. It would definitely be worth contacting a Dentist in Framingham or one closer to home to check your teeth if you notice any of the symptoms of your teeth dying. Furthermore, if your teeth are too badly damaged it may be recommended to get something like veneer teeth in order to stay confident with healthy white teeth and causing less damage to mouth and teeth health in the future.

There are thus many ways in which mercury can harm our body, for example as follows:

This list of harmful effects of mercury can go on and on, but what about the other metals, such as copper, cobalt, iron and chromium They can all oxidize fatty acids, also known as lipid peroxidation. Furthermore heavy metals such as arsenic, lead, mercury, and cadmium can displace essential minerals such as calcium, magnesium, and selenium, which can lead to poor calcium absorption, thyroid dysfunction, and stress-induced immunomodulation. Therefore it is all the more important to test metals and heavy metals and to eliminate them from our bodies.

After the severity of the metal and heavy metal toxicity has been determined, all dental metals are removed under special care and greatest possible protection and all dental replacements should be metal-free. This is an aspect that some people may have concerns over, so it comes as no surprise to find that visiting a Holistic Dentist in Round Rock, for example, may become an option. Our holistic approach of dentistry would not be effective and complete if it would not be accompanied by the biological medicine according to Dr Thomas Rau, Medical Director and father of the Paracelsus Clinic. This biological medicine concept entails 3 main pillars of approach:

Dentistry: Amalgam fillings, metal crowns (usually made of palladium or gold, cobalt, chromium, nickel, copper and silver) and titanium implants are removed with special care. Special protective equipment such as oxygen, rubber dam, special suction devices, protective equipment and the application of Na-selenium and Na-thiosulfate are used under special care. All dental restorations should be done with metal-free materials, mostly ceramics.

Medicine: This could include the removal of titanium hip or knee prosthesis in case a patient develops an allergy to the metal

Removing food intolerances and supplying enough water and fibre, intake of Sanum products and acid-base balance regulation of the large intestine with lactic acid bacteria. In cases of leaky gut, the mucous membrane should be restored and a cellular detoxification initiated.

Adequate daily pure water consumption and regulation of the pH with alkaline powders and Sanum products. Adopting a healthy diet consuming a variety of vegetables, plant proteins and essential fats.

The above suggestions are general guidelines for detoxification. However, it is sometimes necessary to promote active removal of heavy metals with DMPS, DMSA, Fluminicil or EDTA. From our experience, we use DMPS to remove all metals, but nickel is removed best by EDTA.

Paracelsus Clinic Lustmühle under the supervision of Dr. Rau has specialised in body detoxification and has been helping our patients for more than 20 years. In addition, it is a necessary part of biological medicine that doctors and dentists work together to maximize the body’s efficiency and capacity to self-healing. Unfortunately, the environmental exposure of metals and heavy metals is increasing and we cannot avoid the exposer to this ever-growing danger. Our clinic recognizes this and has continued to extend and revise our detoxification program over the years to keep up with the advancement in this field and thus be successful as much as possible and to satisfy our patients.