Changing Our Beliefs About Dairy 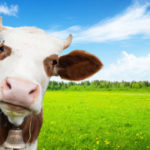 There are plenty of foods that contain calcium including spinach, broccoli, and kale. Understanding how dairy, especially milk, is believed to be the best source of calcium is one of the most effective marketing campaigns of our times. How did we arrive here?

The demand for milk began around WWI as an approach to stave off malnutrition for the troops and was sent overseas in mass quantities. This increased demand for milk and changed the balance of what was produced on farms. When the war ended, it was not easy to convert back. Instead, the dairy industry convinced people to consume more. Dairy has always been part of European diets in earlier times and the consumption of dairy has spread with their influence. The dairy industry is still strong and for companies like a2 milk shares are often growing in value as the demand for dairy has been encouraged by world governments and businesses alike. Federal dietary guidelines have promoted milk and dairy as a healthy part of our diet. Through school programs and other partnerships, the dairy industry became a mainstay, and its campaigns became an assumption of belief related to good health.

The half-truth that milk/dairy provide excellent sources of calcium has given this belief staying power. Milk is high in calcium, but the problem arises in the fact that milk acidifies the body and the natural buffering process sequesters minerals from the body (bones and teeth) to help access the calcium it contains. In essence, this is much like a transaction fee that a bank charges. Ultimately, the amount of the deposit does not surpass that of the transaction fee. This makes dairy far less superior in its choice of providing calcium compared to green leafy vegetables. Through changing our beliefs, we can choose foods that will lead us to better health.