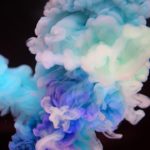 Chemicals are everywhere, and pretty much everything is made of chemicals. According to the EPA there are 77,000 chemicals in active production with estimates that there are 20,000 chemicals that our bodies cannot metabolize.

The word chemical typically conjures a negative response, which many scientists are quick to scoff at. The American Chemical Society even has an online webinar about what they call “chemophobia,” defined by them as, “an irrational fear of compounds perceived as synthetic.” My knee-jerk reaction to that is, ‘really, irrational?’ As if I couldn’t immediately recall several instances just in my lifetime where chemists have let us down and faced public outcry (think of the well-known disaster of DDT, or the relatively recent antibacterial soaps), and even more known toxic products are still widely used (like Roundup and many others that have been patented by Monsanto). It made me wonder if maybe ‘irrational’ is a bit to large of a stone for the American Chemical Society to throw-maybe there is something incredibly rational in the general mistrust millions of “chemophobists” experience. So exactly how well founded is this “fear”?

A good place to start is the widespread chemicals past and present. You may remember how recently antibacterial hand soaps were taken off the market due to a myriad of reasons, not the least of which that the chemical of interest, triclosan, caused muscle contraction inabilities, is a probable endocrine disruptor, and enters the bloodstream alarmingly easily. Given the prolificacy of antibacterial soaps (they were all the rage for years!) and the time it took from evidence piling up against triclosan to it being taken off shelves, I wondered what else is known to be harmful, but still around. Flame-retardants are still used in furniture yet can cause infertility, air fresheners likely affect hormone regulation (scent bypasses the blood-brain barrier), and pesticides are even more pervasive finding their way into ecosystems and public water supplies. Obviously people are finding alternatives to these as some know the impacts they could have on your health, these people suffering from “chemophobia” might find that they instead want to frequently use the likes of items available on this website for Hand Sanitizer Canada has to offer, to thoroughly disinfect themselves of any chemicals or germs that they think could lead to health implications.

After the unnerving amount of harmful chemicals that we once believed as safe, turned out to be harmful, I wondered how so much could have slipped past the people whose jobs are to protect us from them-those people do exist, right? The organizations responsible for banning chemicals are the food and Drug Administration (FDA) and the Environmental Protection Agency (EPA). As of 2016, the EPA had only banned nine chemicals. The FDA has banned slightly more, including the aforementioned soap chemicals. However, unlike agencies in other countries, both the FDA and EPA still operate under the principle that a chemical is good until proven bad-making consumers the guinea pigs.

In less than ten years, the number of known chemicals has gone from 50 million to 100 million, which begs the question, how much of this can really be tested? There seems to be a pattern in industries that have the ability to harm people while profiting often to choosing the profit-and-harm route. We have seen this over and over again in the pharmaceutical industry, which is closely tied to the chemical industry. The patterns are there at their subtlest: like this article that asks the question, “what causes more harm: pesticides and other chemicals…or salmonella and other microbes” as if we have to succumb to this “Sophie’s Choice” of harm, we enter into binary thinking while the consideration of other options are ignored. This same dilemma is presented to us with vaccines and general medicine, which commonly asks “would you rather polio?”-again dismissing alternative options.

Another hurdle is how we hear and interpret information. For instance, remember that banned hand soap chemical, triclosan? Upon hearing of the ban, an easy assumption would be that it has been removed generally, yet that is not the case. Triclosan is still found in many products, including toothpaste. Similarly, when mercury was being implicated as a possible cause of autism it was removed from routine childhood vaccines. Yet the narrative became distorted, as when the public heard that it was removed, many assumed that it was ubiquitous. However, mercury used in the manufacturing process does not need to be accounted for, and vaccines that are not classified as “routine,” yet “recommended,” still contain large doses of mercury. A parent that takes their child to the pediatrician they may not recognize this distinction. The assumption is twofold: that routine and recommended are the same, and neither contains mercury. Both would be false.

Ultimately, we may realize that the problem is not just in the chemicals themselves, it is also in the processes and people that govern them. This is when we, as individuals, need to take the onus in looking at labels and researching. It may seem unfair, and those who have pushed against pharmaceuticals for natural alternatives are discredited and called quacks. With the pattern of harmful chemicals previously or currently allowed into our daily lives, the volume of new chemicals, and the lack of accountability and testing each chemical has; a fear of synthetic chemicals is certainly not “chemophobia,” it is survival!