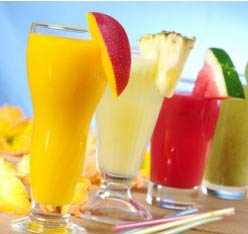 A tall, cool beverage goes hand-in-hand with a hot summer day, but many of the most popular “summer” drinks come with a hefty downside, like exorbitant amounts of sugar.

It’s alarmingly easy to sip and slurp your way through hundreds of grams of excess sugar just by enjoying a cool drink once or twice a day – and that’s only the start.

There are plenty of options to quench your thirst and even satisfy your sweet tooth that will actually support your health at the same time (I’ll get to those later), so there’s no reason to sabotage your health (and your waistline) with these dietary disasters. It is important to not go overboard when drinking alcoholic drinks. Some people think about this when they have realized they have drunk way too much and one of the only ways for them to get the excess alcohol out of their system may be to try an easy way to induce vomiting. This isn’t something that anyone wants to do, but this might be an option if someone consumes too much alcohol. It is fine to have a good time with your friends and family, but as long as people are being responsible while doing this (in terms of their alcohol consumption), that’s all that matters.

Drinking soda is in many ways as bad as smoking. Most sodas contain far too much sugar, or even worse, artificial sweeteners.

For instance, the chemical aspartame, often used as a sugar substitute in diet soda, has over 92 different side effects associated with its consumption including brain tumors, birth defects, diabetes, emotional disorders and epilepsy/seizures. Plus, each sip of soda exposes you to:

Wine coolers are alcoholic beverages made to taste much more like fruit juice than alcohol, which is why they’re a popular drink of choice on a warm summer day. But in order to make them taste sweet, manufacturers typically add fruit juice and sugar to the wine, which is usually the cheapest available grade. Some “wine” coolers aren’t even made from wine but the far cheaper “malt” instead.

These coolers can also contain artificial food colors, artificial flavors and even artificial sweeteners like aspartame. And, of course, they also contain alcohol, which is very similar to fructose both in its addictive properties and the kind of damage it can do to your health.

While I don’t recommend drinking alcohol (it is a neurotoxin that can poison your brain as well as disrupt your hormonal balance), if you’re going to have an alcoholic beverage, a glass of red or white wine is far preferable to a heavily (or artificially) sweetened wine cooler.

The “usual” problems associated with beer – its alcohol content and hefty amount of empty calories – are only the tip of the iceberg for why you should limit your consumption. It turns out that the yeast and all that’s used to make beer work together to make beer another powerful uric acid trigger.

Uric acid is a normal waste product found in your blood. High levels of uric acid are normally associated with gout, but it has been known for a long time that people with high blood pressure or kidney disease, and those who are overweight, often have high uric acid levels as well. It used to be thought that the uric acid was secondary in these conditions, and not the cause.

But research by Dr. Richard Johnson indicates that it could be a lead player in the development of these conditions, rather than just a supporting actor, when its levels in your body reach 5.5 mg per dl or higher. At this level, uric acid is associated with an increased risk for developing high blood pressure, as well as diabetes, obesity and kidney disease.

The classic “beer belly syndrome” is actually quite similar to metabolic syndrome, and includes abdominal obesity, hypertriglyceridemia (high triglycerides), high blood pressure, and even insulin resistance, so minimizing or eliminating beer consumption is also something to definitely consider when you’re watching your weight and trying to improve your health.

For many, nothing says “summer” like a cold glass of lemonade, but this, and other fruit juices, is usually just another source of sugar you’re better off without.

Lemonade is typically a concoction of sugar or high fructose corn syrup, water, and flavorings. It may or may not contain small amounts of actual lemon juice. In terms of its impact on your health, lemonade and fruit juice will act much like soda, exposing you to excessive amounts of fructose that will increase your risk of weight gain and chronic degenerative diseases. Lemonade is simply soda’s evil twin in disguise! However, if you make fresh lemonade or limeade then it is fine because these are the lowest fruits in fructose. Just be sure if you use a sweetener that you stick to stevia and avoid sugar and artificial sweeteners.

Sweet tea is another popular summer beverage, and one that’s often confused as “healthy” because of the tea. While tea can be a good source of antioxidants, sweetened tea is another source of extra sugar that will decimate your health. While the actual sugar content of sweetened teas obviously varies, it’s not unusual to find sweet tea recipes that contain 22 percent sugar, which is twice the amount in a can of soda.1

In the Southern US, sweet tea is not an occasional treat, it’s more of a daily staple, making the health risks even steeper.

The US energy drink market is expected to reach nearly $20 billion in 2013, which is close to a 160 percent increase from 2008.2 While many choose them for the quick energy boost they provide, consuming large quantities of caffeine in energy drinks can have serious health consequences, especially in children and teens, including caffeine toxicity, stroke, anxiety, arrhythmia, and in some rare cases death. Drinking energy drinks has also been compared to “bathing” teeth in acid because of their impact on your tooth enamel.3

If a lack of energy and fatigue state is compelling you to drink energy drinks, please realize that this is likely a result of certain lifestyle choices, such as not enough healthy food, processed foods and sugar, and not enough exercise and sleep, plus an overload of stress. Increasing your energy levels, then, is as easy as remedying these factors.

Sports drinks are especially popular in the summer months, when many believe they are necessary to restore your electrolyte balance during exercise or other outdoor activities. They basically “work” because they contain high amounts of sodium (processed salt), which is meant to replenish the electrolytes you lose while sweating. But only a very small portion of exercisers work out hard enough that a sports drink might be necessary; typically they aren’t even necessary during a marathon, let alone during most regular workouts.4

Additionally, the leading brands of sports drinks on the market typically contain as much as two-thirds the sugar of sodas and more sodium. They also often contain high-fructose corn syrup (HFCS) or artificial sweeteners (they can lead to impaired kidney function, depression, headaches, infertility, brain tumors, and a long list of other serious health problems), artificial flavors and food coloring, which has been connected to a variety of health problems, including allergic reactions, hyperactivity, decreased IQ in children, and numerous forms of cancer.

Also, sports drinks are up to 30 times more erosive to your teeth than water. And brushing your teeth won’t help because the citric acid in the sports drink will soften your tooth enamel so much it could be damaged by brushing. If this happens to you then you’ll have to look into getting veneers at https://garycashdds.com/cosmetic-dentistry/porcelain-veneers/ as they can help improve the appearance of your smile.

8. Frappes and Other Frozen/Iced Coffees

An iced coffee sounds innocent enough, until you start adding in the copious amounts of sweeteners (sugar, HFCS and artificial sweeteners may all apply) and flavorings that turn ordinary coffee into a treat that more closely resembles a hyped up milkshake. Some leading coffee drinks from restaurants like Dunkin’ Donuts and Seattle’s Best contain 100 grams of sugar or more, which is more than 2.5 times the amount of sugar an adult man should consume in a day!5

Delicious and Refreshing Summer Drinks That BOOST Your Health

I know what you’re thinking… you’re not going to give up the simple pleasure of enjoying a cool, tasty beverage on a hot summer day. And I should hope not! But you needn’t assume that sugar-laden soda, lemonade, sweet tea or frappes are your only options. By thinking outside the box, you can satisfy your craving for a delicious cool beverage in a way that will actually support instead of hinder your health. And you can step-up your game with real nugget ice to keep any lovely beverage cool and refreshing. 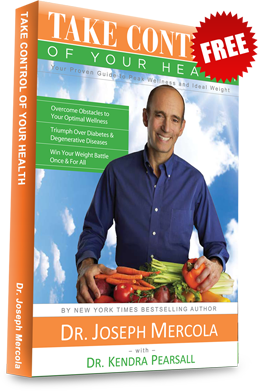 This article was brought to you by Dr. Mercola, aNew York Times bestselling author. For more helpful articles, please visit Mercola.com today and receive your FREE Take Control of Your Health E-book!